Illumination sources have been rapidly shifting in recent years to light-emitting diodes (LED), which are capable of producing more than 10,000 cd/m2 at maximum luminance. This light intensity is far greater than conventional light sources and has become a social problem. In this study, we installed a combination of LED lighting and diffusion plates at a sports stadium in Hiroshima City, which having a population of more than 700,000 is designated as “an ordinance-designated city, in order to realize a comfortable illumination environment for sports using LED lighting. The results of our study suggest the following: With respect to avoidance behavior in the case of a high-intensity light source, avoidance behavior is affected by the glare of brightness prior to shape recognition. Conversely, the influence of the luminance level of a low-luminance light source is small and is not affected by shape recognition. In between the two extremes, it is assumed that avoidance behavior will be led while affected by both the glare of brightness and shape recognition.

Cite this article as: 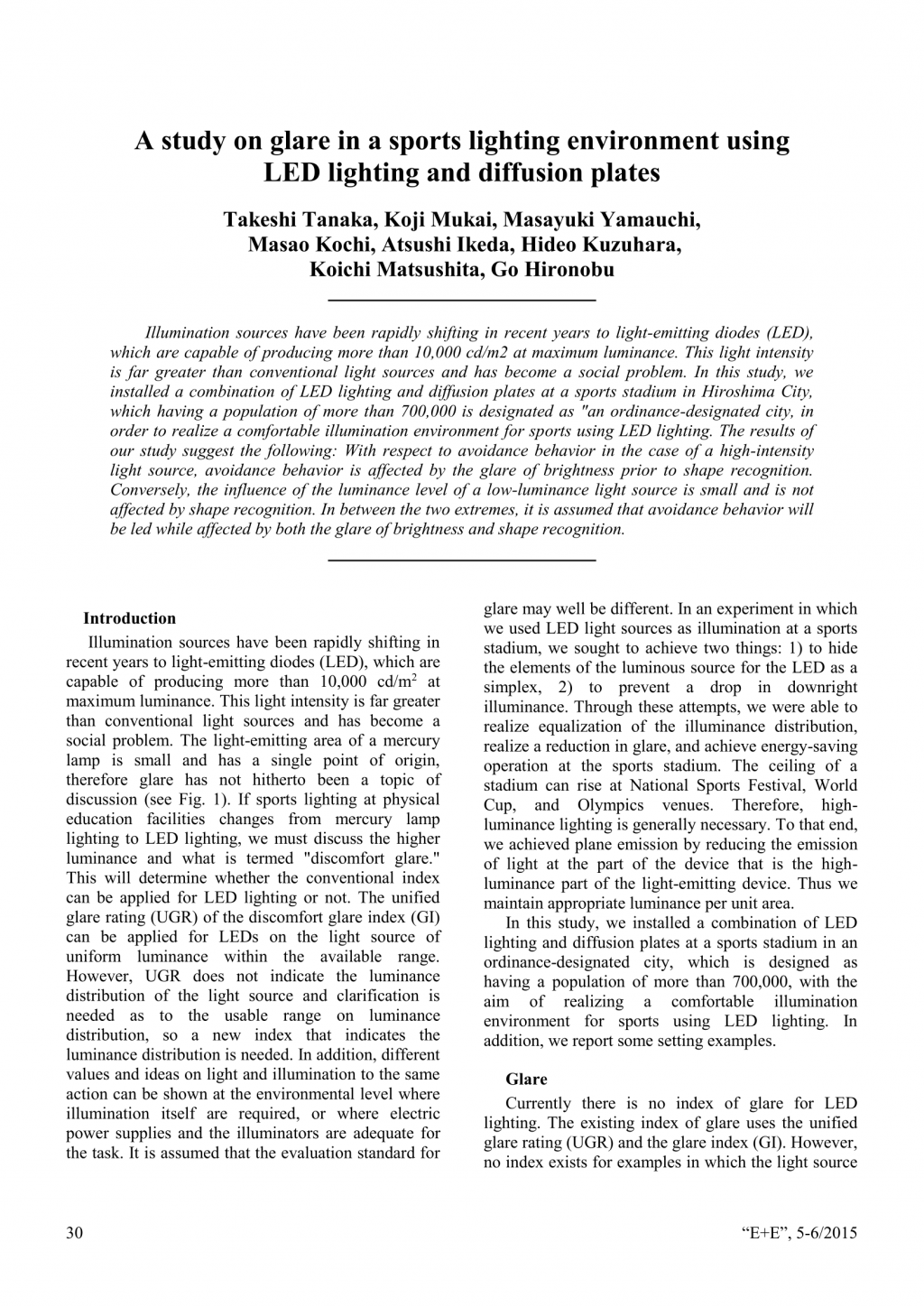